Earlier this year I stumbled into a very serendipitous series of news reports. And I spent a few minutes visiting a new web site. And I made a new friend.

More importantly I made a decision.

The law of attraction

I believe in the “Law of Attraction”.

No, not the silly “if you just wish for it hard enough the universe will make it appear” bullsh*t from The Secret. No, this law of attraction:

The problem was that I was simply too attractive. 🙂

In roughly April of this year I ran into several health-related news articles. They were not related to one another, and the timing was completely serendipitous. They amounted to: 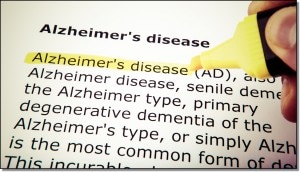 And of course, when reading that list, my reaction was “check”, “not last I checked”, and “check and then some”. And of course my dad had Alzheimer’s, so throw in the genetic card as well.

Now, I don’t react to every news article that comes about. That’s not my style. You and I both know that in another six to twelve months there’ll be another article that says “never mind” about one or more of the correlations raised, not to mention the fact that correlation and causation are two different things entirely anyway.

However, it did get me to thinking. Weight and diet are a key component of each of those things, whether there’s a correlation to Alzheimer’s or not. Even if they were all three completely wrong, not being overweight is generally considered healthier than the alternative.

Also completely coincidental at this time, I met Steve Kamb of NerdFitness.com.

45 minutes on NerdFitness.com changed everything 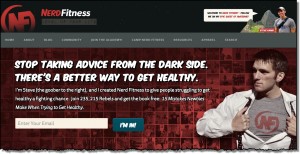 Steve seemed like a pretty reasonable guy. Yes, he was fit, but unlike so many fitness experts he was also enjoying his life and basically a lot of fun to be around. It seems so many health gurus are all about a near military style regimen with respect to both food and exercise, Steve’s approach is much more accessible – and clearly it was working.

So I went to visit the site and poked around a bit.

My “way in” was an article describing an exercise plan called “A Walk to Mordor” – basically framing a series of activities around a mythical journey – which lead me to The Lord of the Rings Workout – a series of workouts structured in Middle Earth terms. Each was given a themed title relating to the exercise, and ranged from simple to no-way-in-hell (when you get to “Eowyn ‘I am no Man!’ makers”, you’ll see what I mean).

So, yeah, that was cute but not something that really appealed to me. I liked the overall approach though and kept looking through the site.

Somewhere in the backup material I found reference to something that basically said that it’s 80% about diet and 20% about exercise. It’s mentioned in more than one place, but the quote that hit closest to home for me was this:

” …’you can’t outrun your fork’. When trying to lose weight, feel healthy, and get in shape, 80% (not an exaggeration) of your success or failure will come from how well you eat …”

An 80/20 rule! Something that I could immediately grasp and get my head around, and something that instantly spoke to my intense dislike of most “exercise”. The 80% was where I needed to spend my energies and focus my efforts.

As I proceeded at NerdFitness.com I stumbled into concepts that, ultimately, changed how I would approach the issue from there on out:

To someone like me that reduced losing weight to a fairly simple equation: eat fewer calories than required by your BMR adjusted for activity level by a set amount and you would lose weight at a predictable rate. Undershoot by 500 calories per day, for example, and you should lose roughly one pound a week – generally considered a “safe” rate of weight loss.

Now, there’s something I should probably mention at this point, and that’s my overall philosophy to weight loss and health in general. I’m not a fan of fads – be it dietary fads and exclusions, or exercise fads and trends. I’ve seen way too many come and go over the years to give much credence to any that are currently in favor. Instead I keep it really, really simple:

Now, I had the move part down, more or less, at least from a cardio perspective. I’d been using our elliptical 45 minutes 4-5 days a week for some time. I wasn’t interested in increasing that amount, but I was pretty happy that it was a fairly consistent routine.

Eating less, however, was clearly where I’d dropped the ball.

What I’d learned at NerdFitness set me on a path. 80% of what I needed was in the part I wasn’t doing well on at all.

I simply needed to eat less.

I didn’t return to NerdFitness for at least two or three more months. I’d gotten everything I needed to get going in about 45 minutes. 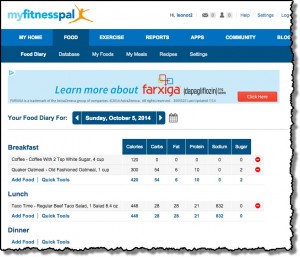 On April 23rd, 2014 I started tracking my weight and my calorie intake using an app on my phone, with a companion website, called MyFitnessPal.

My view was that I was “gamifying” my weight loss. Recording numbers, seeing progress, setting and reaching goals – those were all “quests”, if you will, and perhaps another concept I’d picked up from NerdFitness.

I used the tool to track only calories, not exercise (which it’s capable of), or ingredients like salt, protein, carbs and the like. I watched those when the information was available but ultimately I cared only for the calories.

And I recorded only my weight.

Ultimately it’s a bit of a geeky solution, but it had to be “fun”, kind of, for me. And for me, it worked.

I will tell you this: calorie counting is an education. It’s shocking, at times, to see just how many certain foods are carrying into our bodies. I can see why NerdFitness says it’s a must.

As I said, the equation is pretty simple:

Doing the math it turned out that my daily goals were actually pretty reachable. I made sure, however, to treat each day on its own. I didn’t “borrow” or “bank” calories between days.

I did, however, stack the deck a little to increase my odds, and perhaps even my rate.

My math always assumed 1lb per week weight loss, however I did not factor in the exercise that I continued to do on the elliptical. I always chose sedentary when asked my lifestyle.

The result: on average I lost slightly better than 2lb per week, safely.

This was not “a diet”. This was a lifestyle change. And that change was centered squarely around three things: quantity, quantity and quantity.

I learned the value of smaller portions and doggy bags.

I continued to eat my favorite foods, just not as often, and not as much.

I was actually only occasionally truly hungry, and never ravenously so. Being uncomfortably hungry was a fear going into this, and to be honest it never really arose to any significant degree.

But in a sense I already knew that my over-eating was never really about true hunger anyway. It typically came about due to boredom, fatigue, stress and habit.

Tweaking it a little

One side effect of “simply” reducing calorie intake was that I started making different – and often better – choices.

I started by eating fewer carbs and favoring proteins instead. Bread and rice, for example, became rare where previously they were staples.

And as I approached my goal I began investigating how to make vegetables more palatable, with some success.

But it was important to me that I not deal in absolutes. I still have bread on occasion. I even factored in alcohol (those dreaded “empty calories”) from time to time – probably more often than bread. I still visit my favorite burger joint, and enjoyed deep-fried fish and chips just yesterday.

But ultimately when I limited my intake, I naturally began to make better decisions more often. By becoming more aware of what I was eating, more mindful of my choices, the decisions simply improved.

This isn’t all to say that all went perfectly and that the only direction my weight went was down. There were definitely bumps in the weekly weigh-in.

A chili cook-off caught me by surprise. A dinner party had a somewhat negative impact on my progress.

And the aftermath of trying too hard – a “sprint to the finish” where I reduced my calorie intake to unhealthy levels – resulted in a small rebound.

All of these were experiences that allowed me to learn what matters.

What I ultimately learned was that I knew how to lose weight. I just needed to stick to my system to do so. And when bumps happen (as they will, throughout life) I know how to recover – because I’ve done it.

So just what was it I did? Numbers… 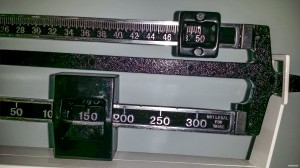 And to top it all off, that’s a weight my wife has never seen. A weight that, if memory serves, I haven’t seen since high school.

I’m wearing clothing sizes that I never expected to see.

My blood pressure is down. This has actually allowed me to expand my diet a little for the better, as salt is back on the menu (in reasonable doses, of course). Salt can make several healthy foods if not palatable, at least significantly less unpleasant. I’ve cut my BP meds in half, and at an upcoming physical I’ll investigate dropping it completely.

By some estimates, 80% of all people who lose weight gain it back. Yikes!

As I said earlier this was never “a diet”. It was, from day 1, a lifestyle change. It was a decision to become a person who simply eats less.

To accomplish that I expect I might play the calories counting “game” for a long time. I’m OK with that. 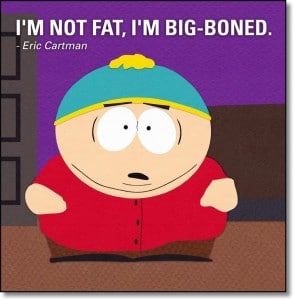 I’ve always tended heavy. My mom was calling me “big boned” around 50 years ago, before South Park took the term mainstream.

My bones haven’t changed this summer, but you can see a little more of them, and the meat that hangs off of them has gotten just a little leaner.

PS: About the hair

If you’ve seen me any time in the last 3 or so years you’ll note I had a pony tail. Key word there is “had”.

I’d been getting tired of it, so I promised myself a haircut upon reaching my weight goal. 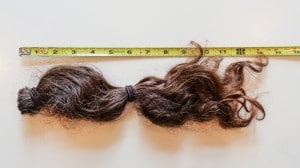 That actually doesn’t do it justice – there was quite the pile of hair on the floor as well: 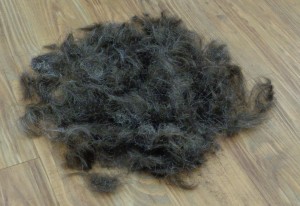 With this as the result: 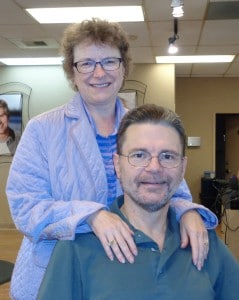 It’s been two months since I hit my target weight, and I’ve stayed under the entire time.

I purposely scheduled a physical after reaching that weight, wanting to make sure that everything is as it should be. It is.

And I’m eating more vegetables than I ever imagined. 🙂