The recent deaths of pop icon Michael Jackson and pitchman Billy Mays caught
me be surprise. Not that their deaths shouldn’t have been unexpected – they
were – and by everyone, not just myself.

No, the problem, and the personal impact, relates to the fact that they were
my peers.

OK, so using that term with Michael Jackson is kinda troubling, but the fact
is that both he and Billy Mays were right around my age when they both
suddenly, and unexpectedly passed away. Both were just shy of 51.

Mortality, as I’ve been telling people, is starting to rear its ugly head,
and weigh heavily.

MJ’s death is one that I can actually “rationalize away” – meaning
absolutely no disrespect to his fans, family or legacy. News reports indicate
that not only was he pushing himself excessively hard in preparation for his
comeback tour, but there may have been drugs involved. Lots of drugs, it seems.
It’s sad that this may be the case, but when comparing my situation to his,
it’s an important point of differentiation that allows me to take his death
less personally.

Billy Mays, on the other hand, is a completely different story. 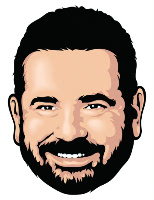 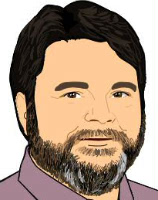 Here’s a guy that’s a well known celebrity and entrepreneur, who suddenly
and without warning drops dead of (reportedly) heart disease.

Here’s the problem: Like many people, I have risk factors for heart
disease.

Looking at Billy Mays, he seemed healthy as he lead an active
life.

Until he died, of course.

Did he have warnings? I have no idea. I will say that one of the
frustrations in common thinking about heart disease is that all of the warning
signs for things like a heart attack are also, and more commonly, simply
associated with much more mundane issues – like being overly tired, or the
common cold, or having simply stretched a muscle too far. If I’d run to the
doctor each time a “possible symptom” cropped up, I’d have been there twice a
month … for the last 20 years.

It’s frightening, actually. And having a peer drop dead – perhaps because he
misread one of those symptoms – makes it doubly so.

It’d be easy – too easy – to become completely paranoid about every little
ache and pain.

Where does this leave me?

Yeah, I’ve been thinking about mortality a lot lately. I know when my time
comes there’s little I can do about it, but I’d like that time to be a ways off
yet.

I’m trying to do the things I can to push that time out, but it’s damned
hard, particularly when so much of the advice is contradictory, impractical, or
just plain naive. (“Just lose some weight!” – Excuse me – “just” lose some
weight? If only it were that easy.)

Another 50-something, like they were, not ready to die just yet.

Update 07-Aug-2009: Autopsy: Cocaine contributed to Billy Mays’ death – as horrible as that is, it helps. It’s at least one way that his random death has less direct correlation to my life.

1 thought on “Michael Jackson, Billy Mays and Me”