On Saturday (April 27) I participated in an exercise with the local RACES arm of ESCA – the Emergency services organization for which I volunteer my amateur radio “skills”.

The point of this exercise was to simulate a major event that rendered our EOCs (Emergency Operations Centers) inaccessible, and to then pass message traffic from CERT (Community Emergency Response Team) teams that were simulating a damage assessment exercise back to our central EOC. For the Woodinville Crew that meant that we could not enter City Hall, where the local EOC with its radios, laptop and printer were located. Instead, we set up our improvised EOC on a picnic table outside. 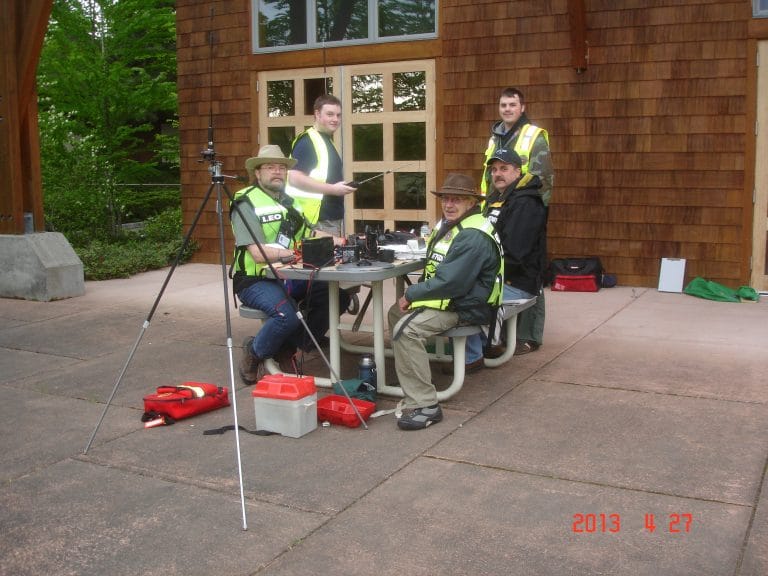 Improvisation was the word of the day. Using a salvaged battery from an uninterruptable power supply, a couple of deep cycle marine batteries, mobile radios removed from vehicles, as well as several hand-held (“handi-talkie” or HT) radios, we stayed comfortably on the air without any assistance from the 120v socket we found not far from our outside location.

Antennas also came in a variety of approaches, ranging from the standard “rubber duck” antenna on most of the HTs to a mag-mount roof antenna mag-mounted to a pizza pan (the second generation of my “pan-tenna” – same pizza pan, but different antenna as I once used in my RV), to a couple of mobile antennas placed on camera tripods. 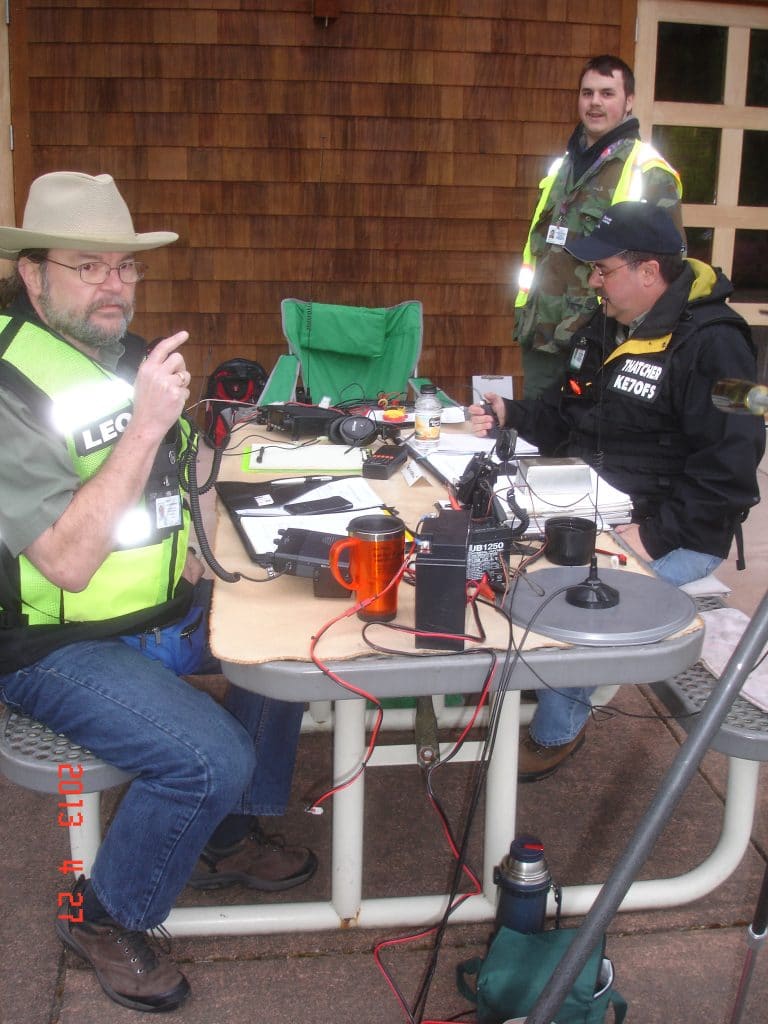 It was a successful exercise, and a good time. As an organization we kept three repeaters as well as several simplex frequencies buzzing for a couple of hours. As with all such exercises we practiced important skills as well as learning a few important lessons (such as the UPS battery doesn’t have the “oomph” to handle the initial current load required for anything other than a low-powered transmission;-the push-to-talk button became a “power off” button 🙂 ).

1 thought on “Preparing for “the big one””