Ever since Windows 8 came out life has not been simple for folks programming radios. The problems were many:

At least, those are the problems I’ve encountered and heard of.

As of today I have them all solved for my little corner of amateur radio and more.

I’ve written about version 2, and was quite pleased with how it turned out. It remains a viable solution for many situations. It’s also a proper subset of version 3.

One of the lessons learned from our group’s activities at the Oso mudslide was that sometimes it would be very, very, VERY handy to be able to get an antenna up in the air – say an additional 20 to 30 feet – to get over nearby obstacles and otherwise get a better and clearer signal – both in and out.

As a result, I now have a portable (loosely defined) pole/mast that in theory could get up to 40 feet high.

At an event last year I was one of a handful of amateur radio operators who used a smartphone application (APRSDriod in my case) to report my position to the operation control center via APRS (Automated Packet Reporting System, often erroneously yet somewhat more accurately referred to as Automated Position Reporting System). Other than draining the battery if unplugged, the smartphone aps actually do a pretty good job of mimicking an APRS radio.

As long as there’s cellular coverage, that is.

And that’s, indeed, where portions of that exercise stumbled. As it turns out relatively large areas of the routes we were covering were cellular dead-zones, depending on the carrier. As a result our position often wasn’t being updated in anything close to a timely fashion. While I was safely and calmly riding around in my vehicle, my understanding is that chaos and frustration resulted back at net control.

I resolved not to contribute to that problem this year and set out to assemble a “real” APRS radio.

Read moreAPRS – I wanna be heard!

On Saturday (April 27) I participated in an exercise with the local RACES arm of ESCA – the Emergency services organization for which I volunteer my amateur radio “skills”.

The point of this exercise was to simulate a major event that rendered our EOCs (Emergency Operations Centers) inaccessible, and to then pass message traffic from CERT (Community Emergency Response Team) teams that were simulating a damage assessment exercise back to our central EOC. For the Woodinville Crew that meant that we could not enter City Hall, where the local EOC with its radios, laptop and printer were located. Instead, we set up our improvised EOC on a picnic table outside.

Read morePreparing for “the big one”

A friend gave me an older Kenwood TM-701A mobile unit that had been sitting around unused for many years. I’d been looking for a second unit to leave at home so I wouldn’ t need to swap out my Yaesu from the car as often, and it seemed like a perfect fit.

Worked great, except for one minor detail: as soon as you turn it off it forgot everything. Current settings, programmed channels, everything.

Read moreI have to do WHAT to replace the battery?

I drive a 2010 Toyota Sequoia that we got for towing our 26′ travel trailer. Not long after I got my ham license I decided that the thing to do was to put a mobile radio in it. I did a fair amount of research beforehand, and what follows is what I ended up doing.

I’ll start where most things start, under the hood at the battery: 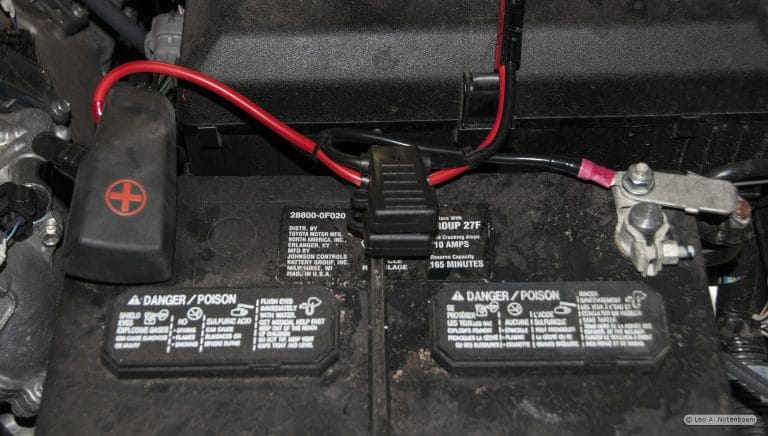 I got a spool of 10-gauge wire and began at the battery with screw-on connectors that lead to a pair of 50A fuses. I’d call them the fuses of last resort, since there’s more fusing downstream, so hopefully these will never blow. The wire goes first to an Anderson Power Pole connector for quick disconnect of everthing, should that ever be needed.

I started in ham radio with a Wouxun HT (Handie-Talkie or handheld radio). It’s funny, because a) it seems like everyone starts with an HT of some sort, especially lately since there are several comparatively inexpensive models available, and b) so many of the more experienced hams say you shouldn’t start with an HT. 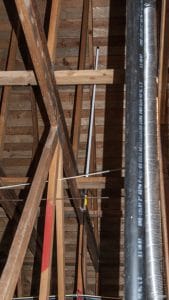 I moved on, of course, to adding a Yaesu FR-8900R to my car (I should write up the install into my Sequoia), and most recently set things up to run that as a base station here at home. “Set things up” doesn’t quite cover the work involved, however.

Read moreAll My Base

Every day is an experiment

-20: Thoughts for Those Who Follow — Ramblings aimed at those 20 years younger than myself.

An Exercise in Focus, Writing, and Gratitude — My Daily Writing Project

The 80% Solution — People who’ve lost weight love to tell their story. I’m no different. Rather than foist it on you again and again, here it is – what I did on my summer vacation.